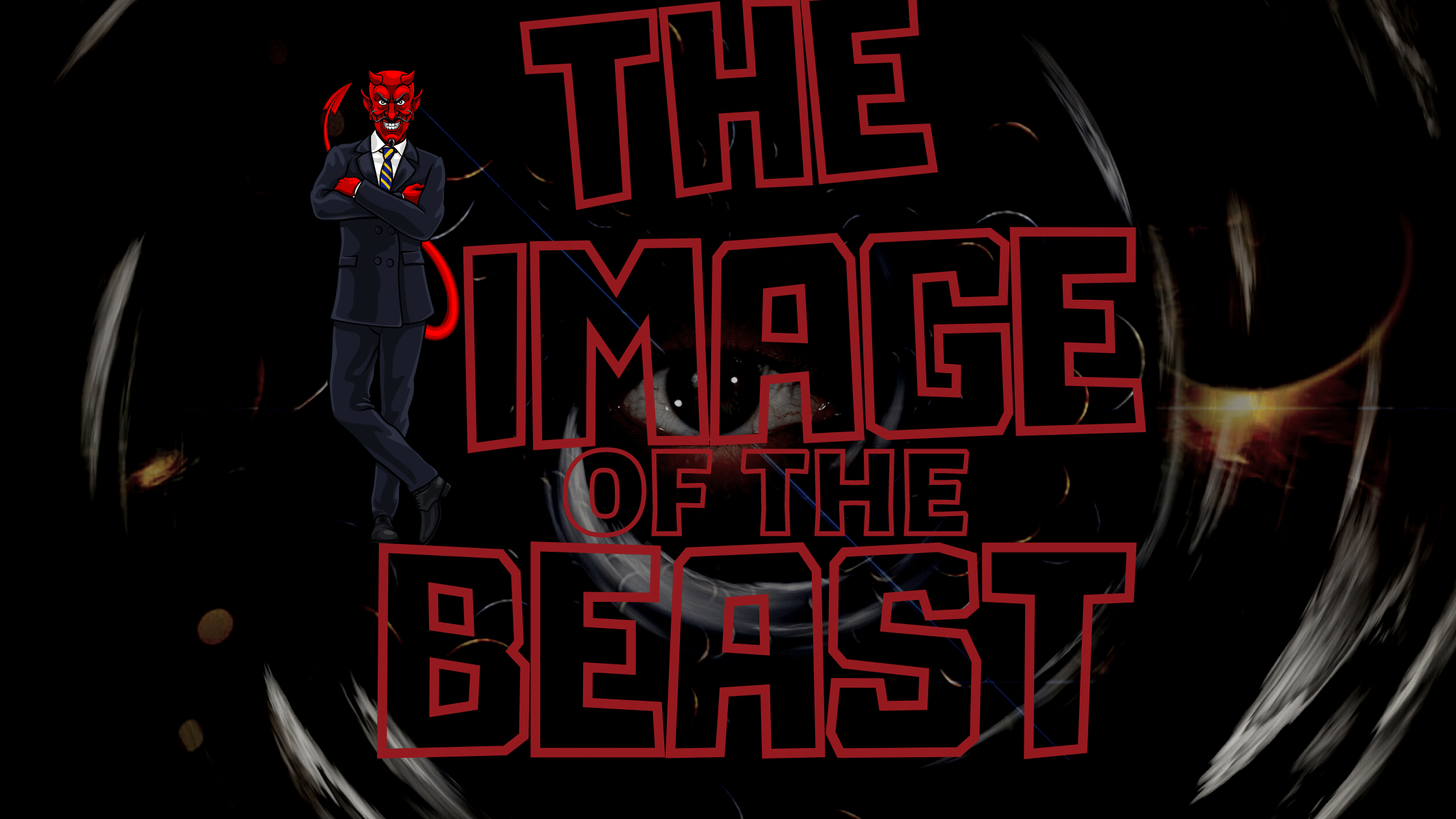 The “image of the beast” is another aspect of the beast system that is prophesied in the book of Revelation. It is very important to understand this aspect of “the beast” because it has something to do with our spiritual life.

In fact, through the “image of the beast”, the Little Horn (false prophet) will be able to force all people to receive the mark of the beast.

So, what exactly is the image of the beast?

Before I answer that, let us understand what is really taking place in the spiritual realm at this point in time.

The War In Heaven

Currently, there is a war going on in the spiritual (heavenly) realm.

The following passage is the vision of Apostle John about this war in heaven.

You see friends, the devil has been deceiving people.

The devil and his demons have been able to force mankind to be subjected to spiritual slavery. They have been successful and keeping the whole world under the power of darkness. Just as the Bible tells us, the whole world is under the sway of the devil.

But now, the archangel Michael and his angels are winning the battle against the devil and his angels. This event has real-life implications for us who live on earth.

In fact, the reason why the archangel Michael is winning the battle against the devil is because of the blood of the lamb and the faith of God’s people.

Revelation 12:11 And they overcame him by the blood of the Lamb and by the word of their testimony, and they did not love their lives to the death.

God’s people are finally waking up to the truth that is the spirit.

Moreover, the freedom granted to us by God is also helping the Arcangel Michael defeat the devil.

As a result, the devil is losing his tight grip on people in the spiritual world where he used to reign supreme along with his demons.

But now the sons of God (The Elect) are appearing all over the world. They are now shedding light on the truth in the world that was once full of darkness.

Therefore, the appearance of the sons of God in the world will serve as a sign for us. And their appearance will indicate that the devil has been thrown out of the heavenly realm.

So, when we see the sons of God (The Elect) starting to “wake up”, then behold, for the kingdom of God is at hand. Additionally, this is also a sign that the first seal has been opened by the Lamb.

Consequently, the beast will emerge in the world scene.

Revelation 13:1Then I stood on the sand of the sea. And I saw a beast rising up out of the sea, having seven heads and ten horns, and on his horns ten crowns, and on his heads a blasphemous name. 2Now the beast which I saw was like a leopard, his feet were like the feet of a bear, and his mouth like the mouth of a lion. The dragon gave him his power, his throne, and great authority.

And when the beast shows up, it will persecute God’s people and will try to take away our freedom, because our freedom has helped in the throwing out of the devil in the heavenly realm.

The Kingdom of God

Moreover, God will set up His own government system (the kingdom of God) at the time when the ten kings of the beast start ruling here on earth.

Daniel 2:44 And in the days of these kings the God of heaven will set up a kingdom which shall never be destroyed; and the kingdom shall not be left to other people; it shall break in pieces and consume all these kingdoms, and it shall stand forever.

The Saints on Mount Zion

In fact, the sons of God will be the people whom God will use to establish His kingdom. They are the 144,000 Israelites who will be the elect and the saints of the last days. They will ascend Mount Zion—the kingdom of God.

The emergence of the Little Horn

When the kingdom of God (God’s government) gains popularity, it will become a threat to the beast system.

The beast’s spiritual arm (the one world religion) will not be able to fulfill the spiritual needs of those who believe in the beast system.

However, “the beast that comes out of the earth” (Little Horn) will emerge. It will come from one of the ten horns of the first beast.

Revelation 13:11Then I saw another beast coming up out of the earth, and he had two horns like a lamb and spoke like a dragon. 12And he exercises all the authority of the first beast in his presence and causes the earth and those who dwell in it to worship the first beast, whose deadly wound was healed.

At first, the Little Horn religion will seem like they are part of the kingdom of God. But then it will exalt itself and will become more like a blasphemous dragon and will join itself to the first beast.

And since the Little Horn will become the “new” spiritual arm of the beast, it will persecute the saints who will be ruling on Mount Zion at that point in time.

The persecution of the saints is the “rebellion” that the Bible is telling us to watch out for. This is because a rebellion must occur first before the second coming of the Lord Jesus Christ.

In fact, the persecution and the “taken down” of the saints by the Little Horn will be the signs that it will perform for the beast.

Revelation 13:13 He performs great signs so that he even makes fire come down from heaven on the earth in the sight of men.

So, unless it addresses the realities that people face in the spiritual realm, it won’t be able to completely take down the saints at this point.

Unfortunately, the Little Horn will have members that will also look like the saints. So, by their members who resemble the saints, the little horn religion will also be able to host the spirits.

Habakkuk 1:10 They mock kings and scoff at rulers. They laugh at all fortified cities; by building earthen ramps they capture them.

So, instead of the usual “doors”, the spirits can now enter people’s spiritual houses by way of “spiritual windows” with the help of technology.

Joel 2:9 They storm the city; they run along the wall; they climb into houses, entering through windows like thieves.

As a result of the saints being taken down, “the host” will be given over to the Little Horn. And it will trample Mount Zion. God will consider this event as a complete rebellion against his will.

Daniel 8:12 And in the rebellion, the host and the daily sacrifice were given over to the horn, and it flung truth to the ground and prospered in whatever it did.

And once the Little Horn has taken over “the host” from the Elect, it will then be able to create the image of the beast.

The Image or Likeness

So instead of “the game” people usually play in the spirit world, the Little Horn will create the ideology (likeness) of the beast in the spirit realm. Then it will force people to bow down to it.

The “image of the beast” is a phenomenon that will take place in the spirit world.

Well, that is it for now my friends. I hope that you have learned something from this blog. In the next one, I will write about the “mark of the beast”. Until then, may God bless you!