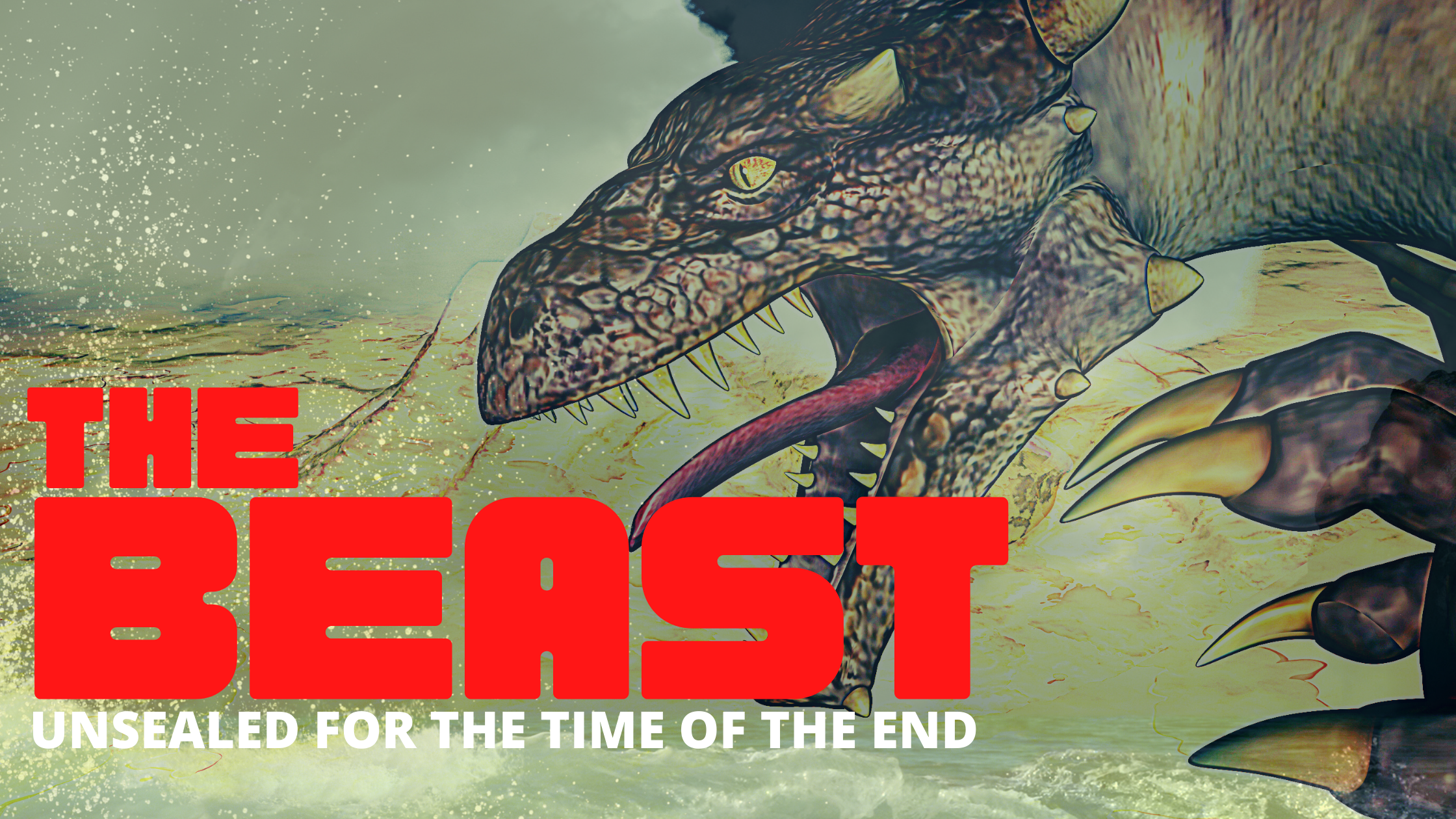 The Beast – Part 1: The Fourth Kingdom Of Daniel 2&7 And The Beasts Of Revelation 13

The “dream” of a statue of King Nebuchadnezzar and the vision of the “four beasts” by the prophet Daniel are both prophesying about the “four kingdoms” that will rule on earth. The “fourth kingdom” of those prophecies has a parallel prophecy in the book of Revelation in the vision of the Apostle John of “The Beast”. The “fourth kingdom” that will rule on earth in the prophet Daniel’s book is the same as “The Beast” of the book of Revelation.

Since we’ve been given plenty of information about this fourth kingdom that is also known as “The Beast”, covering this topic in one blog will take too long. So I will break this topic into several parts instead. In this particular episode, we will briefly identify what this Beast is about.

Now let us look into what this “Beast” or this fourth kingdom is all about. We will apply what we now understand from our previous studies to the symbology of the “fourth kingdom” or “The Beast”.

Vision Of The Fourth Beast

Daniel 7:7 After this, as I watched in my vision in the night, suddenly a fourth beast appeared, and it was terrifying— dreadful and extremely strong— with “large iron teeth“. It devoured and crushed; then it trampled underfoot whatever was left. It was different from all the beasts before it, and “it had ten horns“.

Let’s take notes of the symbology of “The Beast” starting from the verse above. In this vision of the prophet Daniel, we’ve been given symbols that identify the characteristics of the Beast. Most notably the “large iron teeth” and “10 horns“.

We are given more information about this “fourth beast” in the book of Revelation chapter 13.

The Beast Of Revelation 13

Revelation 13:1 Then I saw a beast with “ten horns” and “seven heads” rising out of the sea. There were “ten royal crowns” on its horns and “blasphemous names on its heads”. 2 The beast I saw was like a leopard, with the feet of a bear and the mouth of a lion. And the dragon gave the beast his power and his throne and great authority.

In the verses above, additional details about the characteristics of “The Beast” or the “fourth kingdom” are given to us. They are the seven heads, and ten royal crowns on its horns. We are also told that “it looked like a leopard and has feet like a bear and the mouth of a lion”. The “dragon” yielded all his power to The Beast.

Let’s now apply what we understand in our previous studies to the symbology given to us in Revelation 13 about this fourth kingdom. Let’s start with the animal symbology.

Based on the symbology of these visions, the fourth beast will possess a combination of the characteristics of the first three kingdoms. These are symbolized by the lion, the bear, and the leopard. These animal symbols represent the kingdoms of Babylon, Medo-Persia, and Greece. Respectively they stand for theocratic-type government systems, absolute rulership government systems, and democratic systems.

According to Revelation 13:2, this system will “look” like a “democracy” because the “leopard” in this vision stands for Greece or democracy. Greece is the third kingdom the will rule the world according to the prophet Daniel’s vision of the “four kingdoms” and of King Nebuchadnezzar’s dream of a statue.

The Beast has “feet like a bear”. The bear in this vision symbolizes Medo-Persia. Medo-Persia stands for “absolute rulership” systems. It is the second kingdom that will rule on earth. What the “feet like a bear” symbology is telling us is that this system will rule like an absolute ruler although it will look like a democracy. This bear has two sides according to the vision of the prophet Daniel. They are the absolute monarchy side and the socialist-communist side. This bear is supposed to be “raised up” on one side. Which side it will be raised up is yet to be determined. We will address this in later episodes when we get to explain the “little horn”.

The Beast system will include the “mouth of a lion”. The “lion” symbolizes Babylon in this prophecy. Babylon is the first kingdom that rules on earth. It is a theocratic-type of government. The leader of this theocratic-like system will hold both religious and political power. The Beast will include in its system a Babylon-type entity into its form of government. It will be the mouthpiece of the system, thus “it has the “mouth of a lion”.

It is noteworthy to mention that “the lion” will eventually be given a “spirit”. Although we did not discuss this point in previous episodes. This “spirit” is represented by the “heart” given to the lion in the prophet Daniel’s vision of the four beasts. We will explain this “spirit” more in detail in future blogs.

Revelation 13:2 …And the dragon gave the beast his power and his throne and great authority…

The dragon is one of the symbols of the Devil. It represents one of his evil spirits.

Revelation 12:9 And the great dragon was cast out, that old serpent, called the Devil, and Satan, which deceiveth the whole world: he was cast out into the earth, and his angels were cast out with him.

This “dragon” spirit of the Devil gave all its power to The Beast. We will expand more on the spirits of the Devil in future blogs also.

Yet, there are additional information given to us about this Beast in the following verse:

Daniel 7:19 Then I wanted to know the true meaning of the fourth beast, which was different from all the others— extremely terrifying— devouring and crushing with iron teeth and bronze claws, then trampling underfoot whatever was left.

According to the verse above, the fourth beast or the fourth kingdom, which is also known as “The Beast” will have “iron teeth” and “bronze claws”.

The most common interpretation for the “iron teeth” symbology is military might. This system will possess a formidable military arsenal. The “iron” symbology could also signify that this system could use its military power to exercise tighter control of its population.

The “bronze claws” represent the way the system extends its reach and the way it brings in its prey — through democratic means and principles. This is because the symbology of “bronze” as we understand from the dream of King Nebuchadnezzar of a “statue”, is associated with the kingdom of Greece, the third kingdom, which represents democracy.

We will cover in separate blogs the 10 horns and the 7 heads symbols so we can give you a more detailed explanation about them, God willing. As far as we understand, the 10 kings of The Beast are not yet here in their Beast forms. But God gave us plenty of signs to watch out for so that we may know when the Beast is about to manifest. Please read the previous blog I wrote about the signs we need to look out for by clicking this link.

In conclusion, the “fourth beast” in the prophet Daniel’s vision of the four beasts and the “legs of iron and feet of iron and clay” in King Nebuchadnezzar’s dream of a statue are prophesying about the fourth kingdom the will rule on earth. This fourth kingdom has a parallel prophecy in the book of Revelation. The vision of Apostle John of “The Beast” that came up out of the sea in Revelation chapter thirteen is also a prophecy about the “fourth kingdom” that will rule on earth.

This is it for now my friends, we will continue to explore this fourth kingdom which is also known as “The Beast” in future blogs, God willing. Until next time, May God bless you!