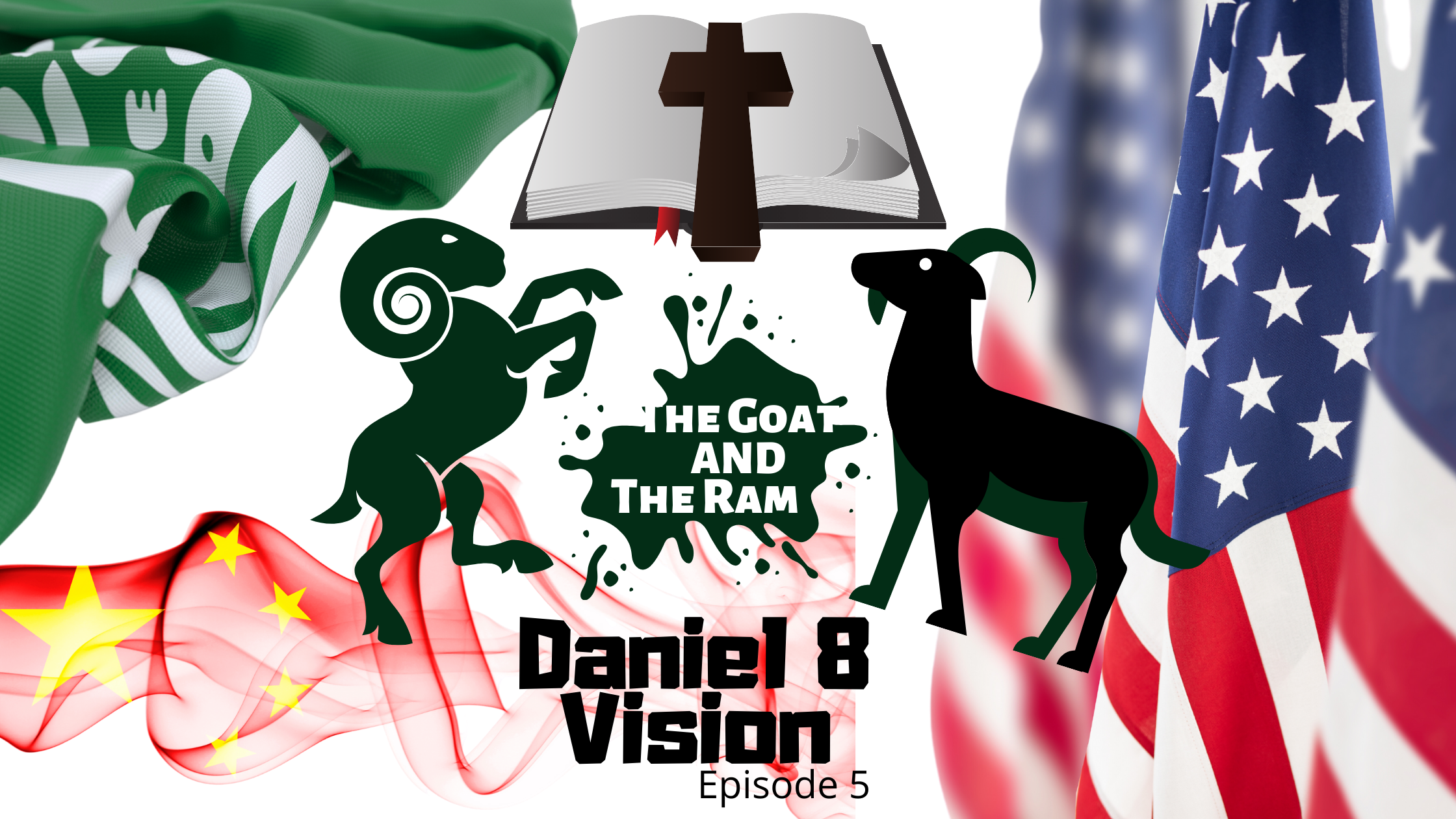 Daniel 8 Vision – Episode 5: Events To Watch Out For

We have learned a lot from the prophet Daniel’s vision of “a goat and a ram” from our previous studies. With all the insights that we’ve received from this specific vision of the prophet Daniel, we now have a better understanding of our world’s history and current events from a Biblical perspective.

In fact, just one of the lines from the vision alone has given us plenty of insights into what has been happening in our world.

Daniel 8:7 I saw him (the goat) approach the ram in a rage against him, and he struck the ram and shattered his two horns.

What the verse above is telling us is that the realm of Greece or democracy (the goat), has been aggressively challenging absolute rulers specifically absolute monarchs, communist regimes, and dictators (the ram).

Now if we look back in history, we can clearly see the many countries under the rulership of dictators, absolute monarchs as well as communist regimes that had turned to democracy just as the vision of the prophet Daniel prophesied.

Additionally, we now have insights into what we can expect to happen in the world in the near future.

In fact, according to this vision of the prophet Daniel, democracy would eventually break the powers of absolute rulers whether they be dictators, absolute monarchs, or communist regimes.

Moreover, we are now also able to connect the prophecy of his vision to specific countries and political systems.

Countries Under The Realm of Medo-Persia

Countries where monarchs still maintain absolute power are Brunei, Eswatini, Oman, Saudi Arabia,  and the individual emirates composing the United Arab Emirates. They are part of the earlier “horn” of the ram in the prophet Daniel’s vision or the Medes/Medo horn.

The five truly communist countries left in the world are China, North Korea, Cuba, Vietnam, and Laos. These countries are part of the “ram’s horn” that grew up later which is communism.

What we can expect to happen in the near future, is that these few remaining countries that are under the rulership of absolute monarchs and communism will eventually be broken by democracy. In other words, these countries would eventually turn democratic.

Two countries that belong to the “Medo-Persia” kingdom that I am keeping my eyes on are China and Saudi Arabia. They are powerful countries that have far-reaching influence in the world of politics and commerce. If these two countries turn democratic at some point in the future, that would be a good sign to us, because it means that the word of God, as revealed to us, is the truth.

China is considered one of the kings of Persia and it belongs to the “longer horn that grew up later” in the prophet Daniel’s vision.

Based on a parallel prophecy in Daniel Chapter 11, China will stir up everyone to challenge democracy and the United States first before democracy finally overrun communism.

Daniel 11:2 “Now then, I tell you the truth: Three more kings will arise in Persia, and then a fourth, who will be far richer than all the others. When he has gained power by his wealth, he will stir up everyone against the kingdom of Greece.

We are actually seeing the prophecy written in the above verse being fulfilled right now. China, the fourth king of Persia in this prophecy is challenging democracy and specifically, the United States of America for supremacy as the world’s top superpower.

With its Belt And Road Initiative (BRI) project, China is striving to expand its sphere of influence around the globe. The BRI could be the tool that would help communist China “stir up” everyone against the kingdom of Greece or democracy, just as the prophet Daniel foretold.

Thediplomat.com reported, “The Chinese government’s steadfast insistence that the BRI is purely a peaceful, “win-win” development initiative has been met with skepticism in many quarters. The rapid pace of China’s military modernization, its program of civil-military fusion, and its increasingly assertive posture throughout the Indo-Pacific have fueled suspicion about BRI and its strategic utility to China.”

Saudi Arabia on the other hand is one of the few remaining countries that are still ruled by absolute monarchs. In our understanding of the prophet Daniel’s vision of “a goat and a ram”, Saudi Arabia would be considered one of the kings of Medes or Medo. It belongs to the “Medo” horn of the ram because it is a powerful country ruled by an absolute monarch.

Fanack.com reported, “Political parties have not been permitted to function in Saudi Arabia since the beginning of the monarchy. Several petitions for reforms have included the request that the state allow political associations and parties, but to no avail.”

But we now know based on the vision of the prophet Daniel of “a goat and a ram”, that democracy with the United States as its leader, will eventually prevail in breaking the powers of absolute monarchies and communism. We can expect China and Saudi Arabia as well as the other countries still ruled by absolute monarchs and communism, to turn democratic at some point in the future. When this happens, it would fulfill the prophecy of “the goat” breaking and trampling “the horns” of “the ram” in the prophet Daniel’s vision.

The little horn will emerge from one of the four nations that came from the broken-up United States.

Daniel 8:9 From one of these horns a little horn emerged and grew extensively toward the south and the east and toward the Beautiful Land.

In the next episode, we will look closely into the “little horn” and the role it will play in the coming fourth kingdom which is the “Beast” system.

In conclusion, God gave us plenty of events to watch out for in the vision he gave to the prophet Daniel. If China, Saudi Arabia, and all of the countries that are still part of the “Medo-Persia” kingdom start turning to democracy, then we know that the appearance of the Beast system is just around the corner. The Beast system is the fourth kingdom that will rule on earth.

I hope that you’ve learned something from this episode. Until next time, may God bless you, friends!