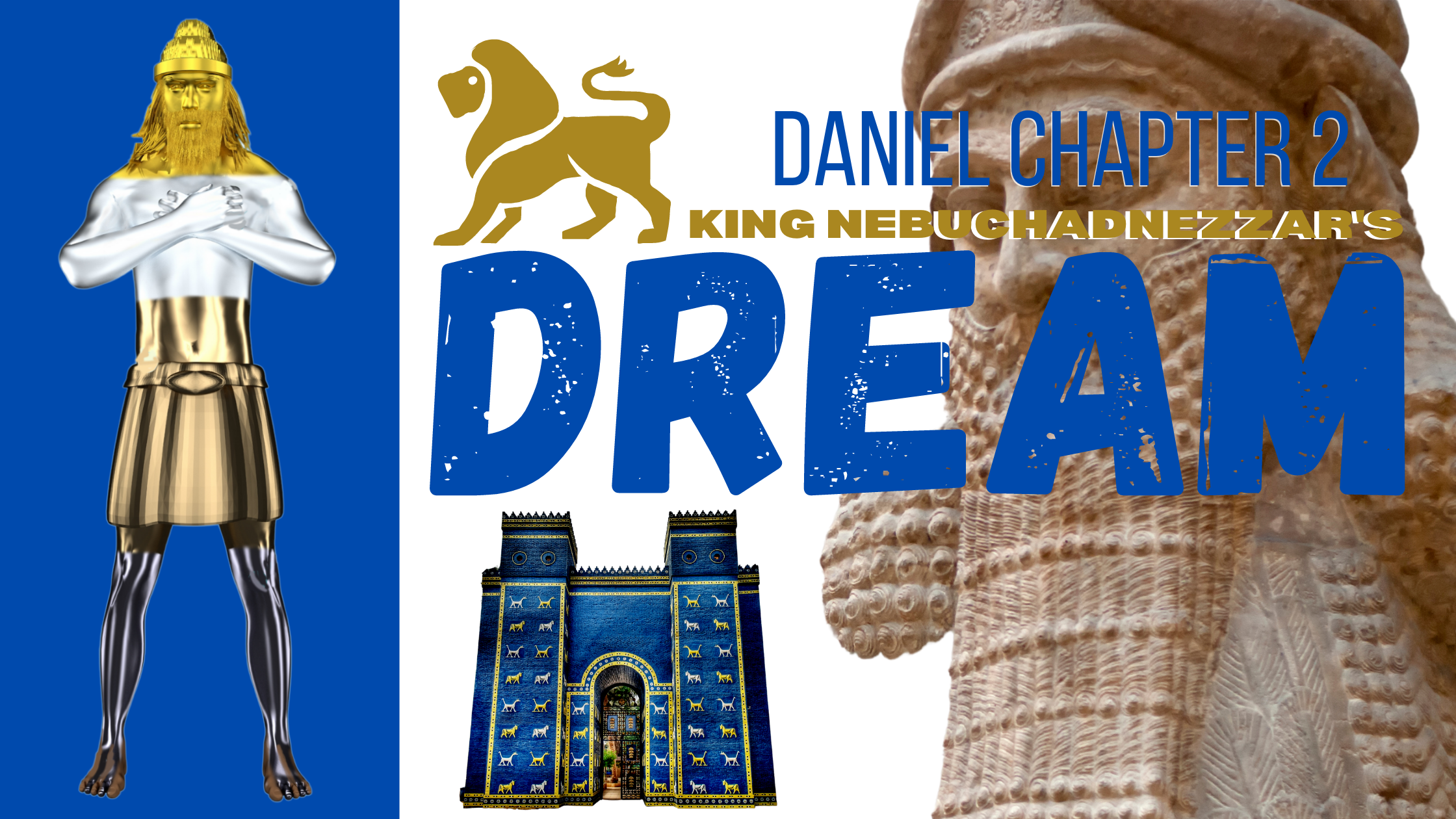 Now that we understand what the kingdoms of Medo-Persia and Greece are really about, we can relate what we now know to the other visions in the book of the prophet Daniel. If you haven’t read any of the previous blogs on the prophet Daniel’s prophecies, please read some of them here first.

Daniel 2:31 As you, O king, were watching, a great statue appeared. A great and dazzling statue stood before you, and its form was awesome. 32 The head of the statue was pure gold, its chest and arms were silver, its belly and thighs were bronze, 33its legs were iron, and its feet were part iron and part clay.

36This was the dream; now we will tell the king its interpretation.

37You, O king, are the king of kings, to whom the God of heaven has given sovereignty, power, strength, and glory. 38Wherever the sons of men or beasts of the field or birds of the air dwell, He has given them into your hand and has made you ruler over them all. You are that head of gold.

39But after you, there will arise another kingdom, inferior to yours.

Next, a third kingdom, one of bronze, will rule the whole earth.

Based on the interpretation by the prophet Daniel of King Nebuchadnezzar’s dream, there will be four kingdoms that will rule on earth.

Babylon, The first kingdom – The head of gold.

Now, we will apply how we understand what Medo-Persia and Greece are about to Nebuchadnezzar’s dream of a “statue”.

We’ve learned from the prophet Daniel’s vision of a ram and a goat that the “ram” stands for Medo-Persia. Medo-Persia represents absolute rulership. The two horns of the ram stand for absolute monarchy and communism. Communism is the horn of the ram that “grew up later”.

So based on the information above, we can assume that the “four kingdoms” that the dream of Nebuchadnezzar was referring to are types of ruling systems. These four kingdoms are types of governments that will be used by nations to rule their citizens.

The Four Types Of Ruling Systems

Based on the interpretation given by the prophet Daniel to King Nebuchadnezzar, Babylon is the first kingdom. It is a type of ruling system or government. We are then able to put Medo-Persia and Greece in places of the second and third kingdoms, because we know, based on our study of Daniel 8’s vision that Medo-Persia and Greece are types of ruling systems or governments. They also appeared in that order historically. History is a forerunner of biblical prophecies. From here, we can then figure out the type of system or government the fourth kingdom is about.

Here are the four kingdoms again:

Medo-Persia, the second kingdom is about absolute rulership. Any nation ruled by an absolute ruler, whether it’s a monarch, an emperor, a dictator, or a group of dictators is considered under the realm of the spiritual kingdom of Medo-Persia. Absolute monarchs and the communist system are the two most common types of “absolute rulership” governments.

Greece, the third kingdom is the democratic system. Any nation that chooses its leader through a democratic election is under the realm of the kingdom of Greece.

King Nebuchadnezzar’s dream of a “statue” was interpreted by the prophet Daniel as “four kingdoms” that will rule on earth. Based on what we’ve learned from the vision of the prophet Daniel of “a goat and a ram”, we are able to figure out what these types of ruling systems or governments are.

In the next episode, we will connect the information that we now have about the four kingdoms that will rule on earth to the parallel prophecy that was given to the prophet Daniel in his vision of the “four beasts”.

Until next time my friends, may God bless you!