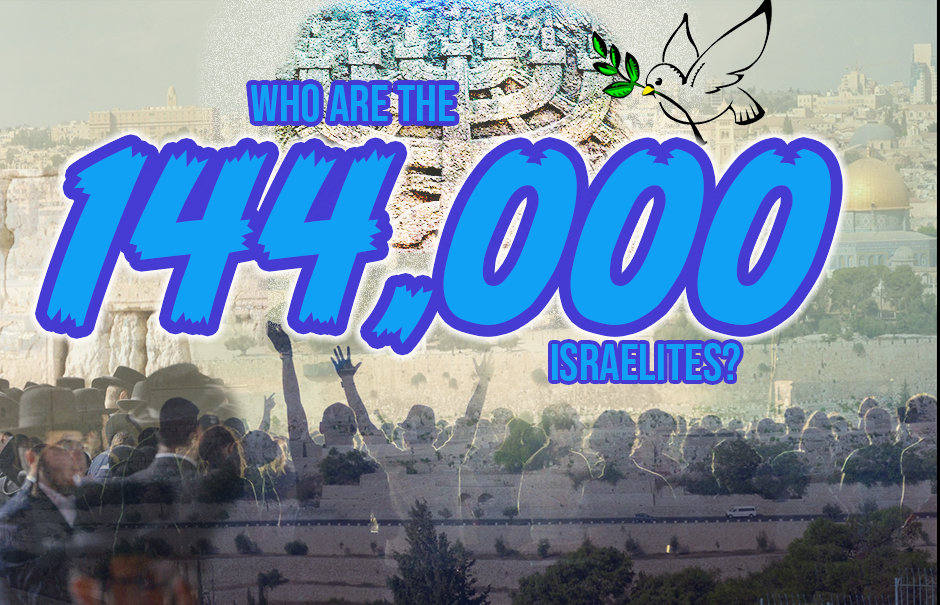 Revelation 7:3 “Do not harm the land or sea or trees until we have sealed the foreheads of the servants of our God.” 4 And I heard the number of those who were sealed, 144,000 from all the tribes of Israel:

According to Apostle Paul, the revelation of the Sons of God is what the whole creation has been waiting for.

Romans 8:19 “For the earnest expectation of the creation eagerly waits for the revealing of the sons of God.”

I believe that the 144,000 chosen people of these last days will be spiritual Jews and they will be descended from the blood lineage of the twelve tribes of Israel. They will ascend on Mount Zion and will become the wall of the New Jerusalem. They are the sons of God.

John 1:47 When Jesus saw Nathanael approaching, he said of him, “Here truly is an Israelite in whom there is no deceit.”

Furthermore, the list below will help us recognize the 144,000 Israelites when they are revealed.

1. They are sleepers awaken by Christ

Ephesians 5:14 This is why it is said: “Wake up, sleeper, rise from the dead, and Christ will shine on you.”

2. They will see visions.

I believe that the 144,000 Israelites will be the ones who will receive the poured out Spirit of God in these last days and they will see visions as the prophet Joel prophesied in the following verse:

Joel 2:28 And afterward, I will pour out My Spirit on all people. Your sons and daughters will prophesy, your old men will dream dreams, your young men will see visions.

3. They will serve as signs and symbols because they will be considered by people as miracles or supernatural phenomenons.

Isaiah 8:18 Here am I, and the children the LORD has given me to be signs and symbols in Israel from the LORD of Hosts, who dwells on Mount Zion.

4. They will ascend on Mount Zion

Revelation 14:1 Then I looked, and there before me was the Lamb, standing on Mount Zion, and with him 144,000 who had his name and his Father’s name written on their foreheads.

I wrote a separate blog on Mount Zion here.

5. They will receive power from the Holy Spirit

Micah 5:8 Then the remnant of Jacob will be among the nations, in the midst of many peoples, like a lion among the beasts of the forest, like a young lion among flocks of sheep, which tramples and tears as it passes through, with no one to rescue them.

Zephaniah 3:13 The remnant of Israel will no longer do wrong or speak lies, nor will a deceitful tongue be found in their mouths. But they will feed and lie down, with no one to make them tremble.”

7. They will help establish God’s kingdom on Earth

Obadiah 1:21 Deliverers will go up on Mount Zion to govern the mountains of Esau. And the kingdom will be the LORD’s.

8. Their experience as God’s people will be unique from other believers of God.

Revelation 14:3 And they sang a new song before the throne and before the four living creatures and the elders. And no one could learn the song except the 144,000 who had been redeemed from the earth.

9. There will be light

When light appears, that’s daytime for us believers. That’s what we are told to look out for. The 144,000 will bring about the Day of the LORD.

2 Peter 1:19 “We also have the prophetic message as something completely reliable, and you will do well to pay attention to it, as to a light shining in a dark place, until the day dawns and the morning star rises in your hearts.”

And as Apostle Paul admonished in the verse below:

Romans 13:12 “The night is nearly over; the day is almost here. So let us put aside the deeds of darkness and put on the armor of light.”

I wrote a separate blog about “The Day”. Click here to read it.

10. They will be kings and priests

The 144,000 Israelites will serve God as priests and kings. They will help establish God’s kingdom here on Earth. They will be the leaders of God’s church: Mount Zion.

Revelation 1:6 “and has made us kings and priests to His God and Father, to Him be glory and dominion forever and ever. Amen.”

And the prophet Micah prophesied:

The 144,000 Israelites are the Sons Of God whom God will reveal in these last days. They are sleepers who will wake up to the truth. They will help establish God’s kingdom and will serve as kings and priests.

Our job as believers is to help pave the way for the 144,000 so they can be woken up. We are the multitude who helps them and we wash our robes by doing so.

Revelation 7:14 I answered, “Sir, you know.” And he said, “These are they who have come out of the great tribulation; they have washed their robes and made them white in the blood of the Lamb.

I hope this blog has helped you understand how to identify the 144,000 Israelites. If you feel that you are one of the 144,000 Israelites and you have the Spirit as your witness, then God bless you. If not, they might be your sons, neighbors, friends, relatives, and people you know. We can help them by winning their souls for God.

Feel free to leave a comment below if you have questions or comments. May God bless you all!