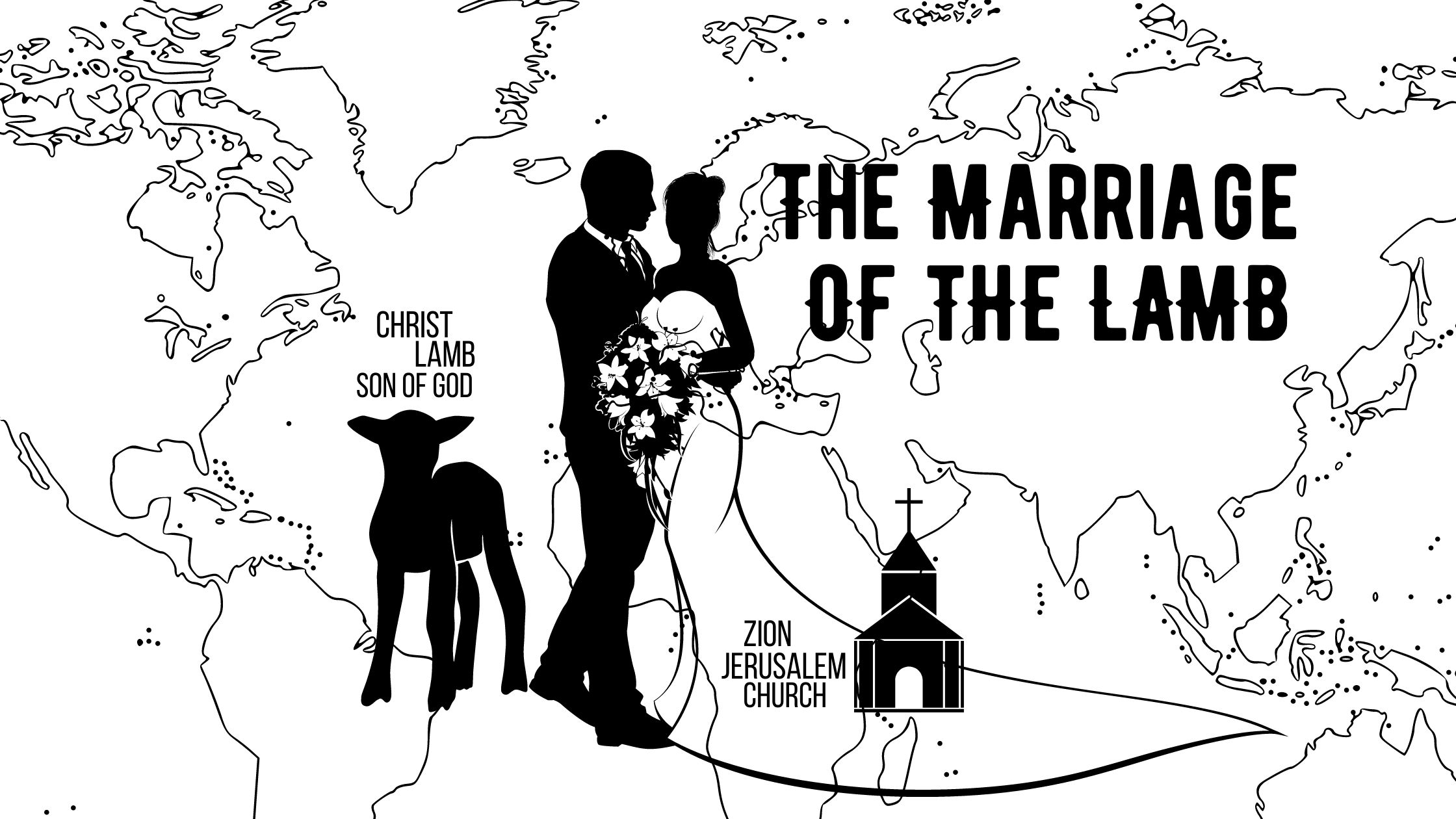 According to the Bible, there will be a “marriage” between the Lamb and the bride of Christ. But what exactly is it? And how is it going to be accomplished?

In the following verse, Apostle Paul said that the union of Christ and the “church” is a profound mystery.

Ephesians 5:31“For this reason a man will leave his father and mother and be united to his wife, and the two will become one flesh.” 32This mystery is profound, but I am speaking about Christ and the church.

My friends, God has given me insight into the real meaning of the wedding of Christ and the church. And this is what I want to share with you here.

In essence, the wedding supper of the Lamb is the full manifestation of God’s kingdom here on earth.

When the lamb marries the bride, that is when the kingdom of God becomes the governing system on earth.

Indeed, according to Apostle Paul, the church is the bride of Christ.

However, the following verse from the book of Revelation tells us that the new Jerusalem is the bride.

Revelation 21:2 And I John saw the holy city, new Jerusalem, coming down from God out of heaven, prepared as a bride adorned for her husband.

So then, are there two brides of Christ? The new Jerusalem and the church?

The answer is no.

There is only one bride.

Therefore, we can conclude that the new Jerusalem is the church.

Additionally, I want to make sure you understand that “the holy city” is Zion.

Moreover, Apostle Paul tells us in the following verse that the city of God is Mount Zion.

Hebrews 12:22 But you have come to Mount Zion and to the city of the living God, the heavenly Jerusalem…

Therefore, Zion, Mount Zion, the heavenly Jerusalem, and the new Jerusalem are one and the same. And “she” is the bride of Christ.

Now, God has appointed His Son, the Lord Jesus Christ, the Lamb to marry the bride.

Revelation 19:7 Let us rejoice and be glad and give Him the glory. For the marriage of the Lamb has come, and His bride has made herself ready.

Jesus Christ himself gave a parable about this coming wedding.

Matthew 22:2 “The kingdom of heaven is like a king who prepared a wedding banquet for his son.”

But ultimately, Zion’s husband is the Lord God Himself.

Isaiah 54:5 For your husband is your Maker—the LORD of Hosts is His name—the Holy One of Israel is your Redeemer; He is called the God of all the earth… 6For the LORD has called you back, like a wife deserted and wounded in spirit, like the rejected wife of one’s youth,” says your God.

God will send His servants to let people know about the wedding.

Revelation 19:9 Then the angel told me to write, “Blessed are those who are invited to the marriage supper of the Lamb.” And he said to me, “These are the true words of God.”

The sons of God will be the chosen servants of God. They will be the 144,000 Israelites who will demonstrate to people how to participate in God’s kingdom.

Revelation 14:1Then I looked and saw the Lamb standing on Mount Zion, and with Him 144,000 who had His name and His Father’s name written on their foreheads.

The Prophet Isaiah prophesied about the sons of God marrying Zion in the following verse.

Isaiah 64:5b For as a young man marries a young woman, so your sons will marry you; and as a bridegroom rejoices over his bride, so your God will rejoice over you.

By “marrying” Zion, the sons of God, in essence, would invite the people to take part in the kingdom of God.

When the church has fully accepted God’s chosen kings to be their leaders, that’s when the kingdom of God will start to manifest here on earth.

Psalm 2:6 “I have installed my king on Zion, my holy mountain.”

Furthermore, God will remove all powers and dominions from the earth once the chosen kings have started ruling in churches.

1 Corinthians 15:24 Then comes the end, when He delivers the kingdom to God the Father, when He puts an end to all rule and all authority and power.

When all of the above have been accomplished, the heavenly Jerusalem will get a new name.

The new name that the Lord will bestow to the Heavenly Jerusalem will turn her into the “new Jerusalem”. She is the bride.

Revelation 21:2 And I John saw the holy city, new Jerusalem, coming down from God out of heaven, prepared as a bride adorned for her husband.

The marriage of the Lamb and the “new Jerusalem” will reconcile heaven (the spirit) and earth (land) under Christ.

Ephesians 1:10 That in the dispensation of the fulness of times he might gather together in one all things in Christ, both which are in heaven, and which are on earth; even in him:

Wedding of The Land

Ultimately, the land or the whole earth will be one with the kingdom of God.

When the land becomes one with the kingdom of God, that’s what the Bible refers to as “the wedding supper of the Lamb”.

Revelation 21:1Then I saw a new heaven and a new earth, for the first heaven and earth had passed away, and the sea was no more. 2 I saw the holy city, the new Jerusalem, coming down out of heaven from God, prepared as a bride adorned for her husband.

God almighty will once again show himself to people. He will live with them from that day and forever.

Zechariah 8:3 “Thus says the LORD: ‘I will return to Zion, And dwell in the midst of Jerusalem. Jerusalem shall be called the City of Truth, The Mountain of the LORD of hosts, The Holy Mountain.’

The Kingdom of God

Jerusalem or Mount Zion will become a governing system.

In fact, it will be the only governing system that will be used by people from that time onwards.

Isaiah 2:3 And many peoples will come and say: “Come, let us go up to the mountain of the LORD, to the house of the God of Jacob. He will teach us His ways so that we may walk in His paths.” For the law will go forth from Zion, and the word of the LORD from Jerusalem.

The verse below sums up what God has in store for the nations and the chosen kings who will take part in the coming age.

Revelation 21:24 The nations will walk by its light, and the kings of the earth will bring their splendor into it.

The wedding supper of the Lamb is the full manifestation of God’s kingdom on earth. The church, who are the believers of God, will accept God’s chosen kings to rule in the churches. Consequently, God will remove all powers and authority and everything that causes people to stumble.

Ultimately, the whole earth will go under the rulership of the chosen king of God. And He will rule on Mount Zion and in Jerusalem.

Finally, when the chosen king started ruling the whole earth from Jerusalem, that’s what the Bible refers to as the wedding supper of the Lamb.

Published in Kingdom Of God, Prophecies, Son Of God and Zion