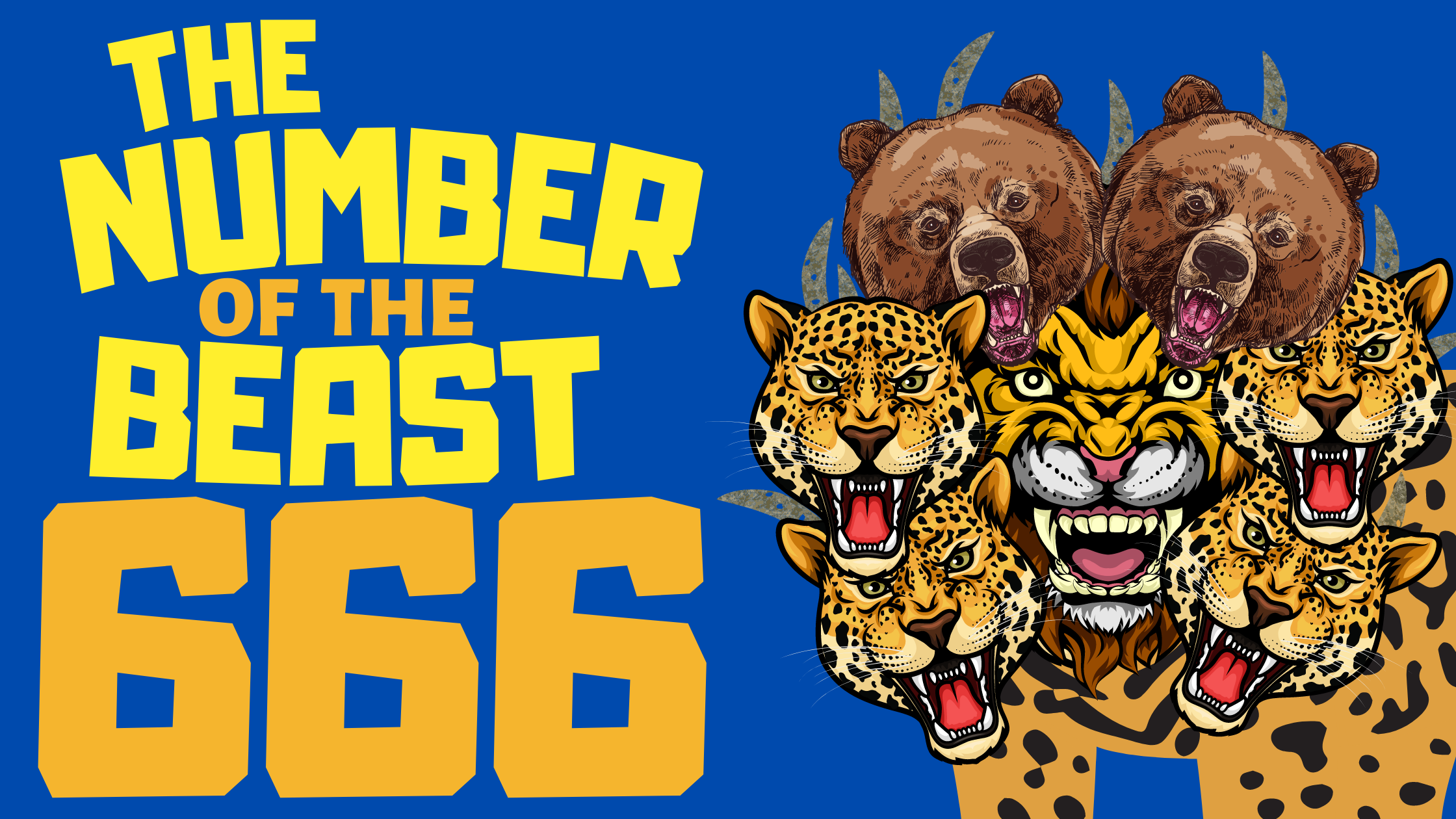 Moreover, I believe that my insight on the “number of the beast” is more accurate. That is what I want to share with you here.

Translation Of The Number 666

Revelation 13:18 “Here is wisdom. Let him who has understanding calculate the number of the beast, for it is the number of a man: His number is 666.”

The above translation of this prophecy is from the New King James Version (NKJ) of the Bible. But the Holy Spirit has guided me to the International Standard Version (ISV) of the Bible, for this specific prophecy, as the more accurate one.

Revelation 13:18 “In this case wisdom is needed: Let the person who has understanding calculate the total number of the beast, because it is a human total number, and the sum of the number is 666.”

So, according to the ISV translation, 666 is a “human total number” and the “sum of the number”. Now, keep these in mind because we will get back to these points later on in this blog.

But first, let’s look at the prophecy by the Prophet Zechariah that was fulfilled by Jesus Christ. It has a lot to do with the number of the beast.

The Falling Away or The Rebellion

Jesus Christ said that we will all fall away. He said darkness will overtake the world.

John 12:35 Then Jesus told them, “You are going to have the light just a little while longer. Walk while you have the light before darkness overtakes you. Whoever walks in the dark does not know where they are going.

Since Jesus Christ’s departure until now, the whole world has been getting darker and darker. Many have abandoned the original faith because there is no longer light in the world. But those who seek the truth diligently find light in the Word of God. When Jesus Christ comes back, it will be Daytime again. That’s what we are waiting for as believers. But that day does not come until there’s falling away first and the beast is destroyed along with the man doomed to destruction.

2 Thessalonians 2:3 Let no one deceive you by any means; for that Day will not come unless the falling away comes first, and the man of sin is revealed, the son of perdition,

The “falling away” that the verse above is referring to is also known as “the rebellion” in other versions of the Bible. I wrote a separate blog about this topic, you can read it here.

Jesus Christ said in Mark 14:27, ” You will all fall away, for it is written: ‘I will strike the Shepherd, and the sheep will be scattered.’”

The following verse is the original prophecy.

Zechariah 13:7 Awake, O sword, against My Shepherd, against the man who is My Companion, declares the LORD of Hosts. Strike the Shepherd, and the sheep will be scattered, and I will turn My hand against the little ones.

And the prophecy continues on in the next verse:

Zechariah 13:8 And in all the land, declares the LORD, two-thirds will be cut off and perish, but a third will be left in it.

In this particular verse, the “two-thirds” is the keyphrase that ties up to the number of the beast or 666.

Now, this explanation may seem very simplistic but hear me out. If you calculate the number two-thirds in a calculator you will get the number .666.

Furthermore, according to the International Standard Version (ISV) of the Bible, the number 666 is the “human total number” and “the sum of the number” which is two-thirds. To put it another way, the beast will consist of two-thirds of all people who will be living during that time.

Moreover, the people who will become part of the “two-thirds” will be considered spiritually dead because they will believe the lie. They will help persecute the believers of God and Jesus Christ in the last days. Here’s that verse again:

Revelation 13:18 “In this case wisdom is needed: Let the person who has understanding calculate the total number of the beast, because it is a human total number, and the sum of the number is 666.” (International Standard Version)

What the number 666 really stands for is “two-thirds”. Two-thirds of humanity or .666 will be taking part in the coming one-world government system a.k.a. the beast system.

Now that we understand what the number of the Beast is, we can start trying to identify who or what the Beast is. God willing, we will cover that in our future blogs.

Until then, I hope that this blog has enlightened you somehow. May God bless you all brethren!