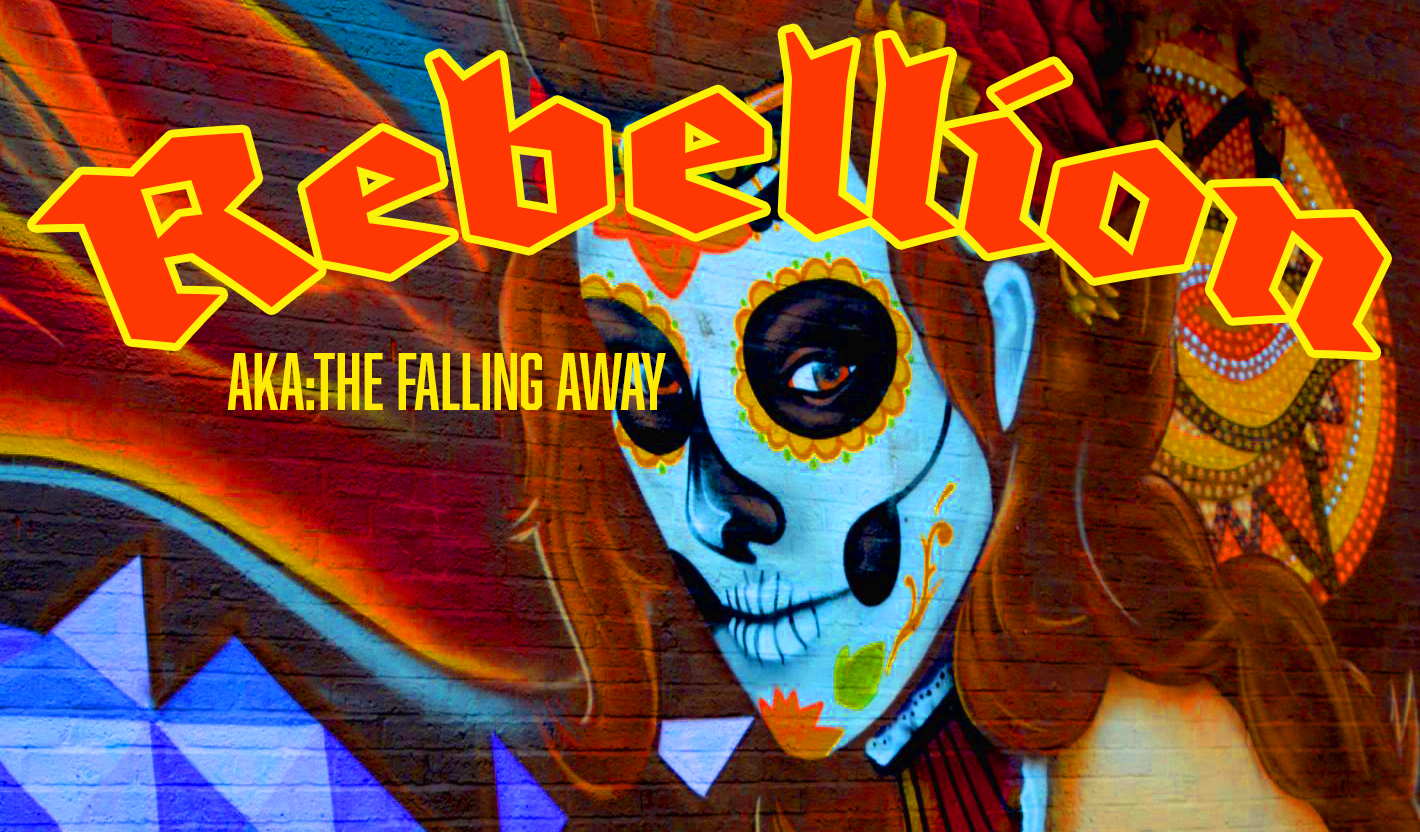 Let me point out this verse to you Brethren. This verse tells us what God considers a rebellion.

1 Samuel 15:23 “For rebellion is as the sin of witchcraft , and stubbornness is as iniquity and idolatry… “

Now, the reason why I want to direct your attention to the preceding verse is that I want to connect it to what the Bible says about the “Day of the LORD”. That “the rebellion” must first take place before the second coming of the Lord Jesus Christ.

Thessalonians 2:1 Now concerning the coming of our Lord Jesus Christ and our being gathered together to Him, we ask you, brothers, 2not to be easily disconcerted or alarmed by any spirit or message or letter seeming to be from us, alleging that the Day of the Lord has already come. 3Let no one deceive you in any way, for it will not come until the rebellion occurs and the man of lawlessness—the son of destruction—is revealed. 4He will oppose and exalt himself above every so-called god or object of worship. So he will seat himself in the temple of God, proclaiming himself to be God.

If you’re able to discern the present time, then you must be aware that the world is almost in full rebellion against God; that witchcraft is now widespread. Many people are getting into it without really knowing they are practicing witchcraft.

Moreover, there will come a time when two-thirds of the world’s population will be practicing witchcraft in complete rebellion against the truth. Additionally, the “man of lawlessness” will deceive those who are practicing witchcraft. He will claim to be god, the messiah, the king, or the (false) light.

In this next verse, the Prophet Daniel is referring to the “man of lawlessness” a.k.a. “the king who exalts himself”.

Daniel 8:23, “In the latter part of their reign, when rebels have become completely wicked, a fierce-looking king, a master of intrigue, will arise.”

Matthew 24:23, “At that time, if anyone says to you, ‘Look, here is the Christ!’ or ‘There He is,’ do not believe it. 24For false Christs and false prophets will appear and perform great signs and wonders that would deceive even the elect, if that were possible. 25See, I have told you in advance.”

Apostle Paul shared his insight about this event:

Thessalonians 2:9, “The coming of the lawless one will be accompanied by the working of Satan, with every kind of power, sign, and false wonder, 10and with every wicked deception directed against those who are perishing, because they refused the love of the truth that would have saved them. 11For this reason, God will send them a powerful delusion so that they will believe the lie, 12in order that judgment will come upon all who have disbelieved the truth and delighted in wickedness.“

As believers, God has allowed us to know the truth and he gives us light; the light that comes from his Word. Instead of getting drawn into witchcraft which is considered rebellion by God. We ought to let our light shine instead. By letting our light shine, we walk in truth which is pleasing to God. Then we can take comfort from the following verses:

Thessalonians 2:13But we should always thank God for you, brothers who are loved by the Lord, because God has chosen you from the beginning to be saved by the sanctification of the Spirit and by faith in the truth.

Below is another verse from Apostle Paul that admonishes us to wake up from our sleep. That we need to set aside the works of darkness and be in the light of the truth that is in God and His Son.

Romans 13:11 And do this, understanding the occasion. The hour has come for you to wake up from your slumber, for our salvation is nearer now than when we first believed. 12The night is nearly over; the day has drawn near. So let us lay aside the deeds of darkness and put on the armor of light.

The rebellion will occur when two-thirds of the world’s population are practicing witchcraft and are going completely against the truth that is in Jesus. They would end up believing the “man doomed to destruction” instead of accepting the truth that is in the Lord Jesus Christ, the Son of God.

I will close the blog with the following verse from Apostle Paul.

Thessalonians 2:16 Now may our Lord Jesus Christ Himself, and God our Father, who by grace has loved us and given us eternal comfort and good hope, 17encourage your hearts and strengthen you in every good word and deed.