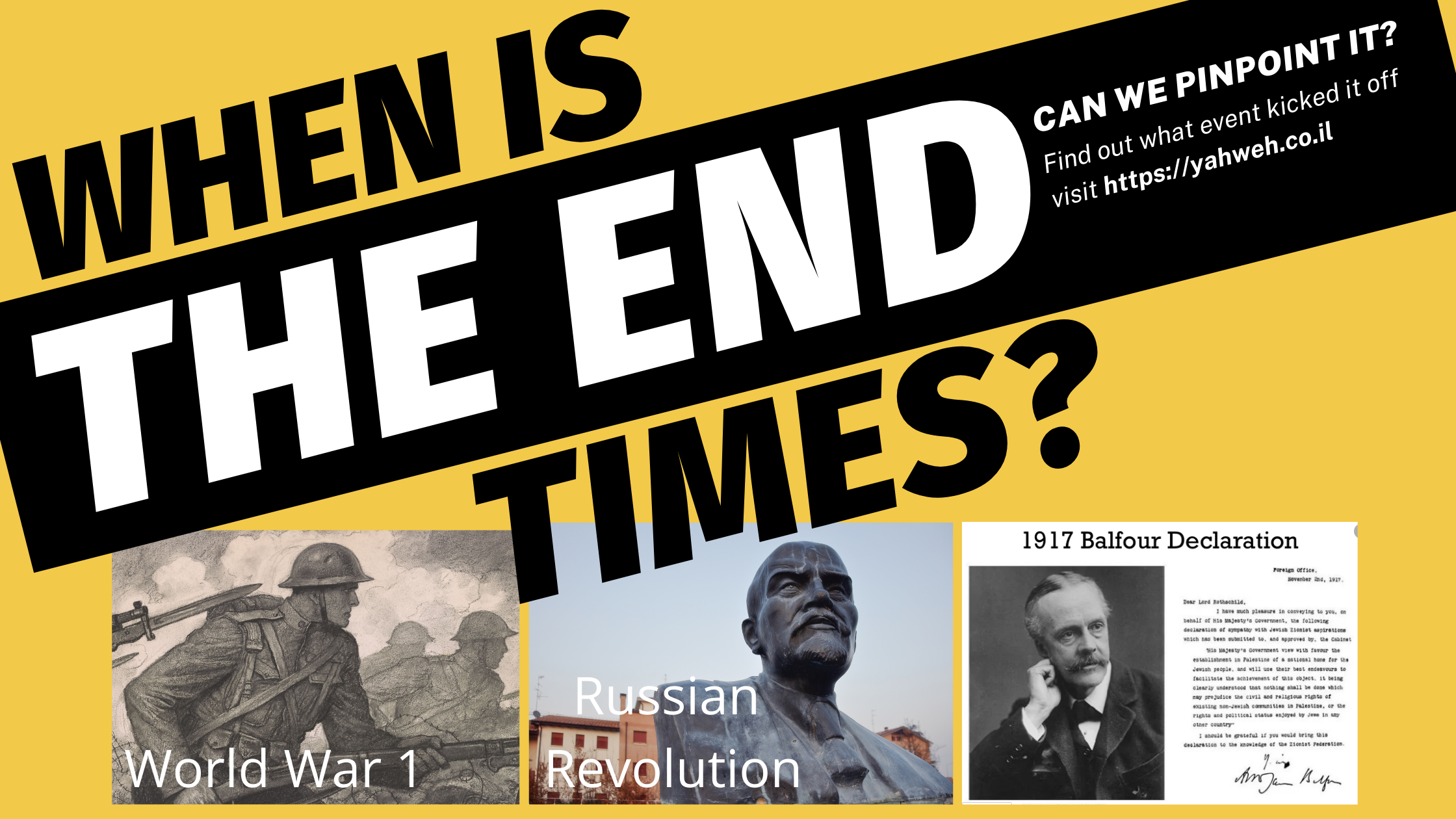 Daniel 8 Vision – Episode 2: When is the time of the end?

The “time of the end” (the last days, end times, end time, final days, latter days, doomsday, and the apocalypse) is a period of time when events, as predicted by Bible prophecies, will take place before the second coming of the Lord Jesus Christ.

Many believers of God today think that we are living in the end times. But when exactly did the end times begin? Is there a specific event that we can point to as the official event that kicked-off the “time of the end” period as described in the Bible? In order to pinpoint when it started, we must look in the Bible for clues.

The prophet Daniel, in his vision of “a goat and a ram” was told that the vision pertains to the “time of the end” or “the end times”.

Daniel 8:19 He said, “Behold, I am going to let you know what will occur at the final period of the indignation, for it pertains to the appointed time of the end.

I feel that the holy spirit guided me to understand that the longer horn of the “ram” can be connected to the beginning of “the time of the end”.

The “ram” as we know from the angel Gabriel’s interpretation of the prophecy represents the kings of Medo-Persia.

Daniel 8:20 The ram which thou sawest having two horns are the kings of Media and Persia.

The two horns of Medo-Persia as we understand from our previous blog, are absolute monarchy and communism. The longer horn that came up later is communism.

Russia becoming the first-ever communist state can be connected to the prophet Daniel’s vision of a “ram”. The vision pertains to “the time of the end”.

In this vision, the ram has a longer horn that grew up later. This longer horn that grew up later represents the system of communism. Therefore, the appearance of the first-ever communist country was one of the events that took place at the beginning of the end times because the vision pertains to the “time of the end” according to the angel Gabriel.

According to history.com, “Since its start a century ago, Communism, a political and economic ideology that calls for a classless, government-controlled society in which everything is shared equally, has seen a series of surges—and declines. What started in 1917 Russia, became a global revolution, taking root in countries as far-flung as China and Korea to Kenya and Sudan to Cuba and Nicaragua.”

Communism and democracy have been battling for supremacy ever since communism started in Russia during the Russian revolution of 1917. This is consistent with the prophet’s Daniel’s vision of “a goat and a ram” fighting during the “time of the end”.

There are those who say that the beginning of the time of the end started in 1917 when the British government issued the Balfour Declaration.

According to History.com, “The Balfour Declaration was a public statement issued by the British government in 1917 during the First World War announcing support for the establishment of a ‘national home for the Jewish people’ in Palestine.”

The Balfour Declaration is what gave way to the creation of the state of Israel fulfilling a prophecy in the book of the prophet Isaiah up to this very day.

Isaiah 11:12 He will set up a banner for the nations, And will assemble the outcasts of Israel, And gather together the dispersed of Judah From the four corners of the earth.

The nation of Israel was officially established in 1948. According to History.com, “A number of British politicians have argued that they are duty-bound to support Israel, given that the Balfour Declaration led to that state’s inception. “

It is interesting to note also that the Balfour declaration and Russia becoming the first-ever communist state both happened in 1917 during World War 1.

According to History.com, “World War I, also known as the Great War, began in 1914 after the assassination of Archduke Franz Ferdinand of Austria. His murder catapulted into a war across Europe that lasted until 1918.”

Also, in this time period, the advancement in technology begun to accelerate.

“World War I was the first major conflict to harness the power of planes. Though not as impactful as the British Royal Navy or Germany’s U-boats, the use of planes in World War I presaged their later, pivotal role in military conflicts around the globe.”

Don’t get me wrong. There are many other signs of “the time of the end” that were given to us in the Bible. But we are not talking about those signs. In this blog, we are just trying to specifically pinpoint when it officially became the “time of the end”