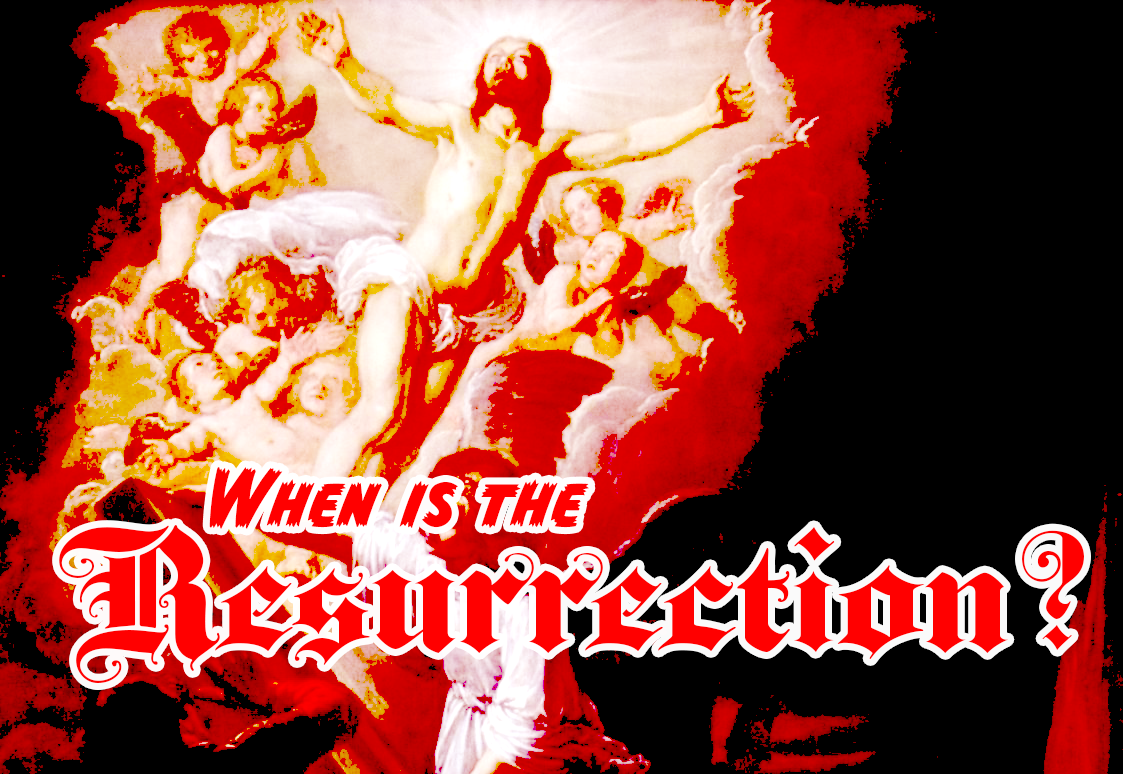 When Is The Resurrection?

When is the resurrection?

Nobody really knows the exact time when the resurrection will take place but God gave us plenty of clues and events to look out for when it’s almost here. I feel that God gave me an insight on this subject and that’s what I want to share with you here.

There are many events that will happen leading up to the resurrection. We are told that we should watch out for the coming “rebellion” and the revelation of the “man of lawlessness”. But in this blog, I want to point out the final event that we need to look out for; That is the slaying of the “Two Witnesses” by the “Beast”. The “beast” is a world system that does not acknowledge God. It will be hostile to Both Jews and Christians. It will persecute the believers of God in the last days. I will write a separate blog about the identity of The Beast.

Now going back to the resurrection, when Jesus Christ was asked by his disciples about the end of this age and the coming of the kingdom of God, he gave them a parable.

Luke 17:37 “Where, Lord?” they asked. He replied, “Where there is a dead body, there the vultures will gather.”

As believers we can be certain that the resurrection will soon take place when we see this event happening.

The Two Witnesses Killed And Resurrected

The following verses give us an account of the events that will take place leading up to the Resurrection:

Revelation 11:7 When the Two Witnesses have finished their testimony, the beast that comes up from the Abyss will wage war with them, and will overpower and kill them. 8Their bodies will lie in the street of the great city—figuratively called Sodom and Egypt—where their Lord was also crucified. 9For three and a half days all peoples and tribes and tongues and nations will view their bodies and will not permit them to be laid in a tomb. 10And those who dwell on the earth will gloat over them, and will celebrate and send each other gifts, because these two prophets had tormented them.

11But after the three and a half days, the breath of life from God entered the Two Witnesses, and they stood on their feet, and great fear fell upon those who saw them. 12And the witnesses heard a loud voice from heaven saying, “Come up here.” And they went up to heaven in a cloud as their enemies watched them.

According to this prophecy, the Two Witnesses will “go up to heaven in a cloud”. Brethren, I want to inform you that this event is the resurrection.

Soon after the resurrection, the Kingdom Of God will be firmly put in place here on Earth.

Revelation 11:15 “The seventh angel sounded his trumpet, and there were loud voices in heaven, which said: “The kingdom of the world has become the kingdom of our Lord and of his Messiah, and he will reign forever and ever.”

I wrote another blog about the resurrection. You can click here for it. It quickly touched on what we can expect in the heavenly realm and what sorts of things we are allowed to do there.

I hope that you have gained understanding from this blog brethren. May God bless you all!