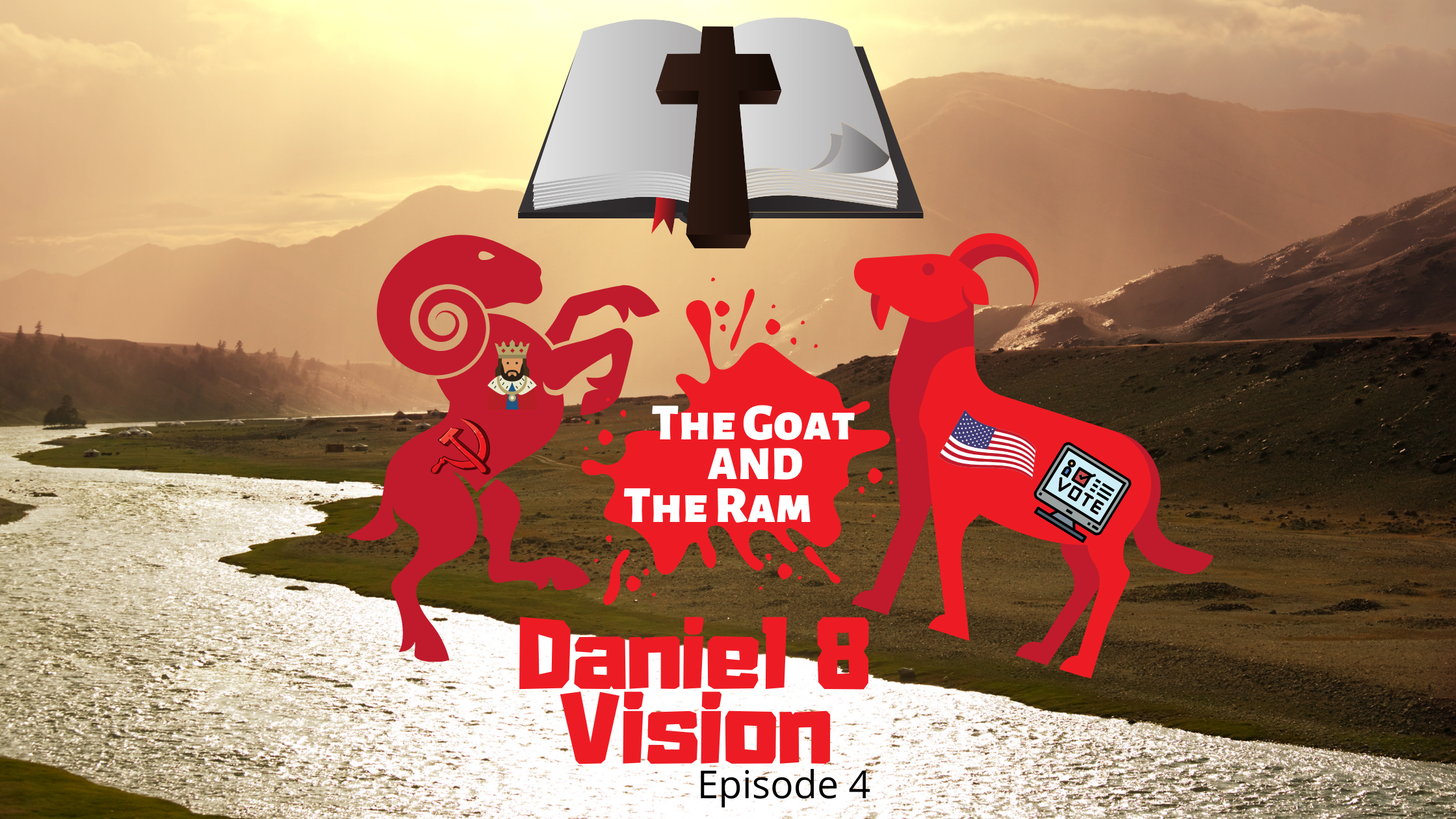 We will continue to look into the prophet Daniel’s vision and see what it’s telling us would happen in the future with regards to the large horn of the Shaggy goat which represents the first king of Greece.

By the way, if you haven’t read any of the previous blogs or watched any of our previous videos on Daniel 8’s vision, you should watch or read some of them first. Don’t forget to like, subscribe, or comment.

Goat’s Horn Not Alexander The Great

I wasn’t expecting that the vision of “a goat and a ram” of the prophet Daniel would lead me to understand it as something totally different from the most widely-accepted interpretation of this prophecy out there. The widely-accepted interpretation is based on the notion that the large horn of the “goat” in the prophet Daniel’s vision is Alexander The Great.

Now, there is a possibility that Alexander the Great could be the “near” fulfillment of this prophecy because historically speaking; he was a very popular king of Macedonia which is now part of modern Greece and he did conquer the kingdom of Persia as well as other ancient kingdoms. But he is clearly not the “far” or the “full” fulfillment of the vision.

Alexander the great was replaced by his four generals after his untimely death. This could also be considered the “near” fulfillment of the four horns that replaced the first broken horn of the goat. But I still feel that looking at this prophecy from Alexander the Great’s angle is short-sighted.

Time Of The End

So why are we still keep on insisting that Alexander the Great is the first king of Greece of this prophecy? He is clearly excluded as somebody who ruled during the time of the end, which the vision is supposed to be referring to. Here are those three verses from the account of this vision, that tell us that the vision pertains to the time of the end and to the distant future.

Daniel 8:17 As he came near to where I stood, I was terrified and fell facedown. “Son of man,” he said to me, “understand that the vision concerns the time of the end.”

Daniel 8:19 and said, “Behold, I will make known to you what will happen in the latter time of wrath, because it concerns the appointed time of the end.”

Daniel 8:26 The vision of the evenings and the mornings that has been spoken is true. Now you must seal up the vision, for it concerns the distant future.”

So, let’s read that vision again.

Daniel 8:5 As I was contemplating all this, suddenly a goat with a prominent horn between his eyes came out of the west, crossing the surface of the entire earth without touching the ground. He came toward the two-horned ram I had seen standing beside the canal and rushed at him with furious power. I saw him approach the ram in a rage against him, and he struck the ram and shattered his two horns. The ram was powerless to stand against him, and the goat threw him to the ground and trampled him, and no one could deliver the ram from his power.

From previous episodes, we’ve learned that the “goat” represents the kings of Greece. Greece represents democracy and the “large horn” represents its first king which is the United States of America.

The “ram” represents Medo-Persia, the opposite of “goat” or democracy. We’ve determined that Medo-Persia represents absolute monarchy and communism which are the two horns of the ram. The horn that grew up later is communism.

Now, this vision is telling us that the large horn of the goat will become great and will put on great airs after it breaks and trampled the two horns of the ram.

So if we relate it in today’s world, it will translate like this: Democracy with the United States as its leader will break the rules of absolute monarchies and communism. We can expect democracy will eventually win over communism and other forms of governments that are non-democratic. The United States will lead the way in making sure that these systems are broken so that democracy will be the only system that will be used to govern the nations of the world.

When democracy is at its highest point, the United States of America will break into four different nations. The four nations that will replace the United States will end up contributing to the number of unresolved conflicts in the world.

Let’s read what else God wants us to know will happen next according to the vision he gave the prophet Daniel.

Daniel 8:9 From one of these horns a little horn emerged and grew extensively toward the south and the east and toward the Beautiful Land. 10It grew as high as the host of heaven, and it cast down some of the host and some of the stars to the earth and trampled them. 11It magnified itself, even to the Prince of the host; it removed His daily sacrifice and overthrew the place of His sanctuary. 12And in the rebellion, the host and the daily sacrifice were given over to the horn, and it flung truth to the ground and prospered in whatever it did.

What this vision is telling us is that from one of the nations that will replace the United States, another nation or religious system will emerge. It is referred to as a “little horn”. This little horn will become powerful and will magnify itself to the point of making itself equal to Jesus the Messiah.

The following verses are giving us more information about this “little horn”.

Daniel 8:23 In the latter part of their reign, when the rebellion has reached its full measure, an insolent king, skilled in intrigue, will come to the throne. 24His power will be great, but it will not be his own. He will cause terrible destruction and succeed in whatever he does. He will destroy the mighty men along with the holy people. 25Through his craft and by his hand, he will cause deceit to prosper, and in his own mind he will make himself great. In a time of peace he will destroy many, and he will even stand against the Prince of princes. Yet he will be broken off, but not by human hands.

It looks like this “little horn” will produce a leader that will persecute God’s people during the time when witchcraft becomes more prevalent in the world. The little horn will try to destroy the Judeo-Christian religion, though his “craft”, which I think is referring to the practices of the so-called Illuminati. But eventually, God will destroy it by the second coming of the Lord Jesus Christ.

Democracy will break the horns of monarchy and communism. At the highest point of democracy, the large horn which represents the United States will be broken into four nations. From one of the four nations that will replace the United States, will emerge a little horn that will oppress God’s people and it will magnify itself as equal to the Messiah.

There is so much more that this vision is telling us that I won’t be able to cover in this episode. We will continue to unpack and decompress the information given to us by God in this vision in future episodes. Please don’t forget to comment, like, and subscribe. Until next time, May God bless you friends!